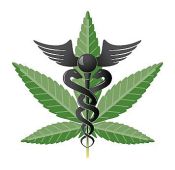 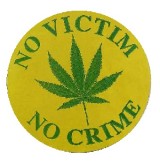 01) The Amazing History Of The Drug War

“The war on drugs: Is it a genuine public health crusade or an attempt to carry out what author Michelle Alexander characterizes as “the New Jim Crow”?

A new report by Dan Baum for Harper’s Magazine suggests the latter. Specifically, Baum refers to a quote from John Ehrlichman, who served as domestic policy chief for President Richard Nixon when the administration declared its war on drugs in 1971. According to Baum, Ehrlichman said in 1994 that the drug war was a ploy to undermine Nixon’s political opposition meaning, black people and critics of the Vietnam War…

“Last month, CNN reported that Alex Jones’ InfoWars had received a strike from YouTube over its video suggesting Parkland student David Hogg and others were “crisis actors” used to take advantage of the Marjory Stoneman Douglas shooting. Shortly after that, the outlet said it had received another reprimand from YouTube, leaving it one strike away from getting its account permanently banned.

It now appears that even if the far-right conspiracy site doesn’t get itself booted from the video platform, it may not be able to generate much ad revenue from its clips in future…