“Dr. Michael Shermer is the founding publisher of Skeptic Magazine and author of several books, including “The Moral Arc: How Science and Reason Lead Humanity Toward Truth, Justice and Freedom,” and “Why People Believe Weird Things: Pseudoscience, Superstition and Other Confusions of our Time.”

In this conversation with Seth Andrews, Dr. Shermer addresses some of the recent (and alarming) statements made by educated and (it would seem) very intelligent public figures, and we explore the relationship between the intelligent and the irrational brain.” 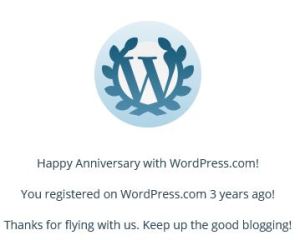 WordPress.com has proven to be a worthy, humane and decent host…with a lot of integrity and principle. For that, I humbly thank the wonderful people behind this service. You’ve now officially given me the most stable home I have ever had, in the blogosphere.

In many ways…that’s a very sad and sobering point of fact, given that I’ve been blogging since 2006…It underscores just how bad prejudice, fascism, intolerance, hate and censorship has become.

…We have overcome, what has been placed in front of us.

That should be core in our message…today, and into the future.

To my readers…Thank you for sticking around.

01) Are We All Sex Offenders? | Galen Baughman | TEDxCUNY

Galen works alongside many others in reforming the criminal justice system, but his angle might surprise you. Join him as he shares his crusade for equal justice, which has led him to the courtroom, advocacy, and beyond.

Galen Baughman is an Open Society Foundations Soros Justice Fellow working to end the practice of civilly committing youth as sexually violent predators. Incarcerated for nine years, including four-and-a-half years in solitary confinement, Galen is now a campaign strategist on issues related to sex offender policy and public and trains advocates around the country to build movements against mass incarceration. He is a JustLeadershipUSA 2015 Leading with Conviction cohort member, and also serves on the Board of Directors for the Center for Sexual Justice.

This talk was given at a TEDx event using the TED conference format but independently organized by a local community. Learn more at http://ted.com/tedx “

“The state of Texas did numerous investigations into Planned Parenthood clinics to see if there was any wrongdoing, and to see if their was any legitimacy to the edited smear videos. They discovered Planned Parenthood was innocent, but the creators of the propaganda weren’t. Cenk Uygur and Ana Kasparian, hosts of The Young Turks, break it down. Tell us what you think in the comment section below.

“David Daleiden and Sandra Merritt have been indicted by the grand jury for tampering with a governmental record, said prosecutors for the county in which Houston is located.

The two were involved in covert videos last year in which a discussion was held with a Planned Parenthood official on the procurement of fetal tissue.

Daleiden, founder of the Center for Medical Progress that released the videos, was also charged with violating a prohibition on the purchase and sale of human organs, a misdemeanor, the Harris County District Attorney said.

The videos purported to show Planned Parenthood officials trying to negotiate prices for aborted fetal tissue. Under federal law, donated human fetal tissue may be used for research, but profiting from its sale is prohibited.”

01) Do not drink: The water crisis in Flint, Michigan

“The economically depressed city of Flint, Michigan, is making headlines across the country because there’s something in its water that shouldn’t be there.

You may have heard about the problems in Flint: about how the tap water can be brownish, stinky, funny-tasting. After denying there was a problem for more than a year, state and city officials finally admitted it – there was too much lead in the water.

On this hour of Reveal, you’re going to hear the whole story of how people in Flint went from trusting their tap water to fearing it. And thanks to Michigan Radio’s Lindsey Smith, who produced an incredible documentary called “Not Safe to Drink,” we dive right in.”

“What do you do when the water’s not safe to drink, bathe in or even swim in?

Lee Anne Walters, a mother of four who lived on the south side of Flint, Michigan, turned to bottled water. That’s right – store-bought bottles and jugs of water used for everything from cooking to brushing teeth.

She took those extreme measures after her kids started getting sick.

After a bout of rashes found on her twin boys, Lee Anne went on a mission to find out what was behind the eruption of spots. Doctor’s visits weren’t helpful, and it wasn’t until Lee Anne noticed that the breakouts were occurring after bath time or swimming in the pool that she made the connection. Eventual water tests revealed extremely high lead levels.

This worried mother went into action and ended up changing everything about how the water crisis in Flint was handled.”

03) How cheap water led to a state of emergency

“People in Flint, Michigan, started complaining about their tap water in the summer of 2014, not long after the city stopped pumping its drinking water from Detroit.

It had started pumping water from the Flint River – it was the cheapest option at the time.

But there were problems right off the bat: Residents said the water was brown or reddish; it stank; it tasted weird. On top of all that, four months after the switch, the city detected E. coli in the water.

“How does this happen in the United States?” Flint resident and mother Lee Anne Walters asked. “I mean, you hear about it in Third World countries, but how does this happen, specifically in a state that is surrounded by the Great Lakes?”

Michigan Radio reporter Lindsey Smith continues her investigation into Flint’s water crisis by looking back to 2013 for answers.”

04) Michigan forced to face the poisonous problem in Flint

“As state officials continued to downplay the lead risk to Flint’s children, last August, research scientists from Virginia Tech got involved. They warned people in the Michigan city to stop drinking the tap water.

Tests showed high levels of lead in that water – and lead is especially harmful to young children. It can lead to conditions such as a lower IQ and attention problems. And once that lead gets into a kid’s blood, the damage is done. You can’t reverse it.

In this story, we’ll hear from the researchers and meet a Flint pediatrician who risked her reputation to change the city’s course.”

Do anything under the sun, to cause a kid to get horny…and you can count on a prison cell waiting for you…

…Get a state governor with hokey notions of “city emergency managers”, who are unaccountable to the people and bouncing around, like playing musical chairs…mix in the financial crisis, this was supposed to be a solution for…and suddenly, poisoning the children of Flint, Michigan is “a okay”!

…They even get to lie about it, for a year…until someone of integrity has stepped in…an outsider.

Isn’t government so lovely…how it protects children from harm?